Join us in Celebrating
Our Wonderful Friend's Life
on the weekend of
April 25-26, 2020 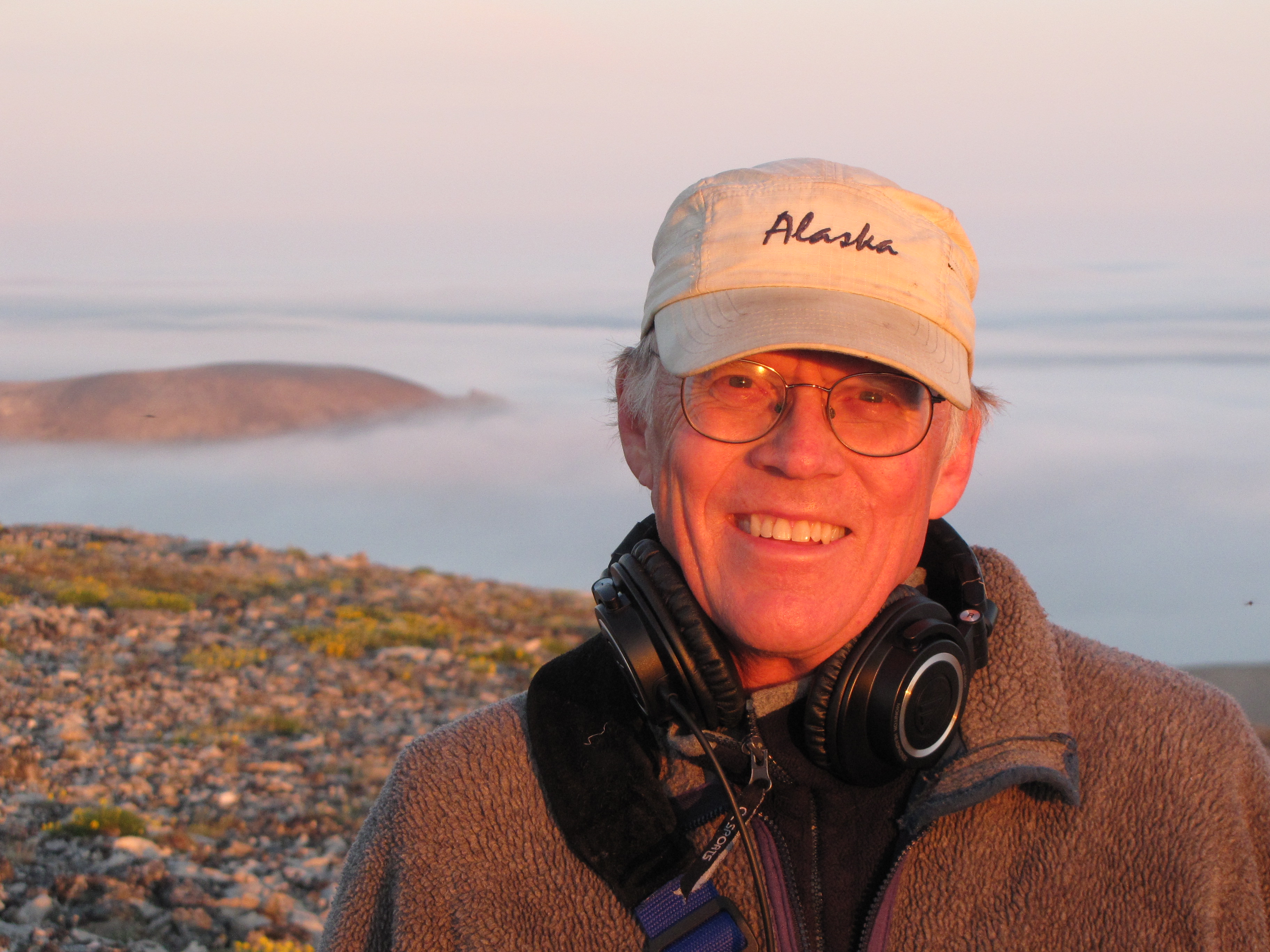 December 1, 1941-November 4, 2019
Join us on the weekend of April 25-26, 2020 in Sitka, Alaska
Schedule of Events below
On November 4, a raven crossed over the threshold when Alaskan anthropologist, author and soundscape artist Richard K. Nelson passed away from complications from cancer in a hospital in San Francisco. He was 77.

Half wise elder and half wondrous child, Nels had little attraction to money and an infinite fascination with—and deep regard for—the natural world. He slept hundreds (if not thousands) of nights on the ground and greeted each new day as a gift. He was funny, compassionate, scholarly, culturally sensitive, deeply loved and widely admired.

Born and raised in Wisconsin, he first came to Alaska in the early 1960s. He lived the winter of 1964-65 in Wainwright, and apprenticed himself to the Inupiat Eskimos there, learning their language and ways; how to mush dogs and how to hunt caribou and seal. He kept meticulous notes and sent home a steady stream of letters and tape recordings. From those emerged his first book, "Hunters of the Northern Ice," published by the prestigious University of Chicago Press when Nels was only 27.

He earned a Ph.D. from the University of California, Santa Barbara, and in the 1970s lived in Huslia, a profound experience that resulted in his brilliant ethnography, "Make Prayers to the Raven," a book filled with wisdom and spiritual gravity that today is something of a revered text among Koyukon Athabascans.

A compelling public speaker, Nels told brilliant stories, and seldom spoke disparingly of anyone. In private, though, he could make exceptions for industrialists and political leaders who wanted to raid Alaska's treasured public lands, from drilling for oil in the Arctic National Wildlife Refuge to clear-cutting entire mountainsides and valleys in the Tongass National Forest. These are Alaska's sacred places, he said, and should never be put on the auction block. He once commented in a radio interview that while he had no problem with a stump in a forest, he was horrified to find a forest of stumps.

Above all, Nels was a gifted listener. After authoring several important books, he turned to soundscape work, and recorded more than 100 30-minute radio programs, called Encounters, each one thoroughly researched and enthusiastically delivered, often in the field, covering a vast array of subjects from hummingbirds to humpback whales to the life-giving magic of rain.

He died peacefully, surrounded by teary-eyed friends, elevated by love in a hospital room filled with the bird songs he'd recorded over the years—a wild Alaska symphony. And when the artist took flight , even the doctors and nurses cried.

He's a raven now. Perhaps he always was. 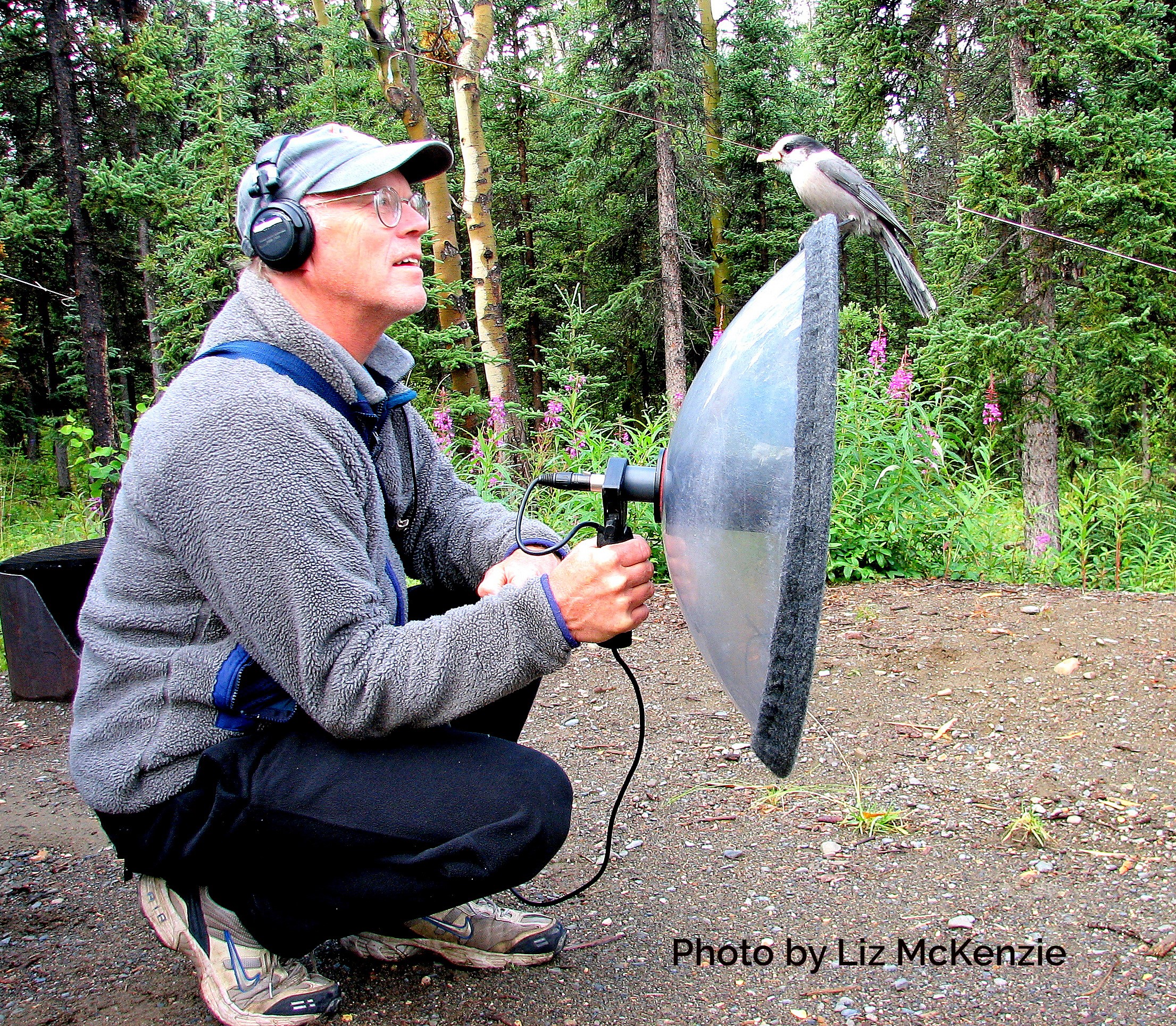 Listener Extraordinaire
Richard Nelson with a Gray Jay in the Yukon 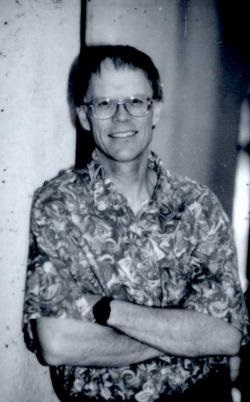 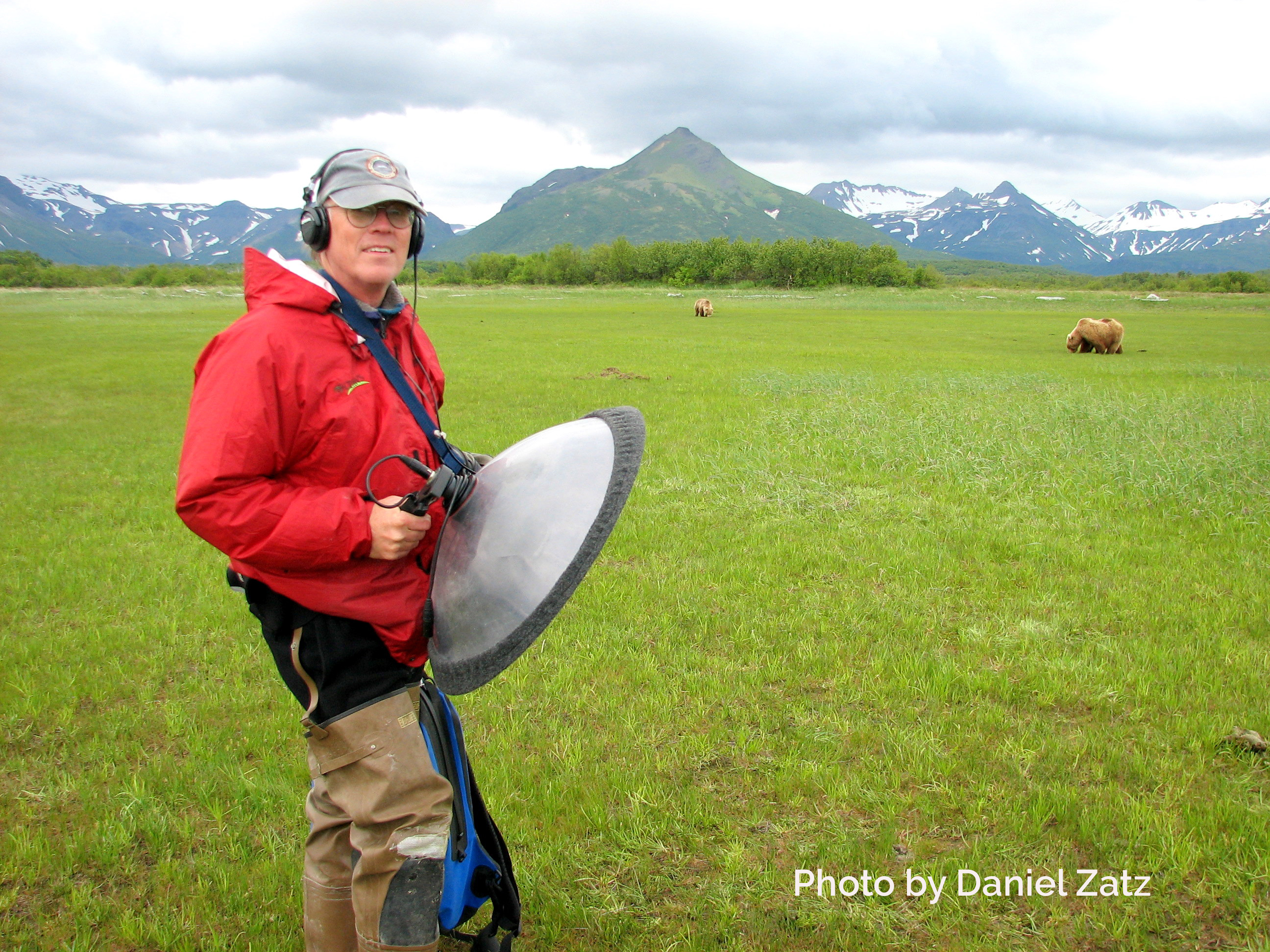 Soundscape Artist
Richard Nelson recording brown bears
Schedule of Events
Saturday April 25
9 am-12 pm
depart from
tbd
Memorial Boat Cruise of Sitka Sound
The Sitka Conservation Society will host a boat cruise in memory of Nels to celebrate his life, legacy, accomplishments, and the natural environment of Sitka Sound that he so loved and treasured. Journey into Sitka Sound to explore the natural history and listen to Encounters episodes with loved ones of Nels. Be sure to bring warm clothes, warm hat and gloves, rain gear, binoculars, a camera and your favorite sound recording device! Light snacks will be provided.

RSVP for a space on the cruise by visiting the Sitka Conservation Society website or call Andrew Thoms at (907) 747-7509.

Bring a rain jacket, good boots or sneakers and a water bottle.

Call Davey Lubin for more details: (907) 738-6481
Location of Beaver Lake Hike
Beaver Lake Trailhead
End of Sawmill Creek Road
Sitka, Alaska
The trailhead for Beaver Lake is 7.3 miles from the roundabout in downtown Sitka (southeast direction) at the end of Sawmill Creek Road (follow gravel road at end of asphalt road).
sUNDAY
aPRIL 26
10 AM
tHIMBLE-BERRY lAKE tRAILHEAD
Thimbleberry Lake Hike
One of Nels' favorite trails in Sitka is a short hike up to Heart Lake (need we say more!) on the Thimbleberry Lake Trail. It is an easy hike with some slight elevation on a good gravel trail with bridges. If we're lucky, we may see a Golden Eagle or a Trumpeter Swan. Sneakers will work for footwear or, if it is raining, waterproof boots. (Roundtrip 1.5 miles)

Some folks may want to hike the "full loop" past Heart Lake, cross a small creek then return to the trailhead via Sawmill Creek Road. (Roundtrip 3 miles)

Meet at the Thimbleberry Lake Trailhead for both hikes.

Call Sam Skaggs for more details: (907) 321-1013
Location of Thimbleberry Hike
Thimbleberry Lake Trailhead
Sitka, Alaska
The trailhead for Thimbleberry Lake is located approximately 3.3 miles from the round-about (southeast direction) in downtown Sitka on Sawmill Creek Road.
sunday
April 26
3 pm
harrigan
centennial Hall
Celebration of the Life of Richard K. Nelson
Join family, friends and the Sitka community for a celebration of Nels and potluck. In addition to slated speakers there will be an opportunity to record your own stories of Nels that will be compiled and archived.

Bring your memories to share as well as accompaniments to lasagne (provided). Variations on peanut butter are encouraged!
Volunteer to bring Potluck Food: Click Here 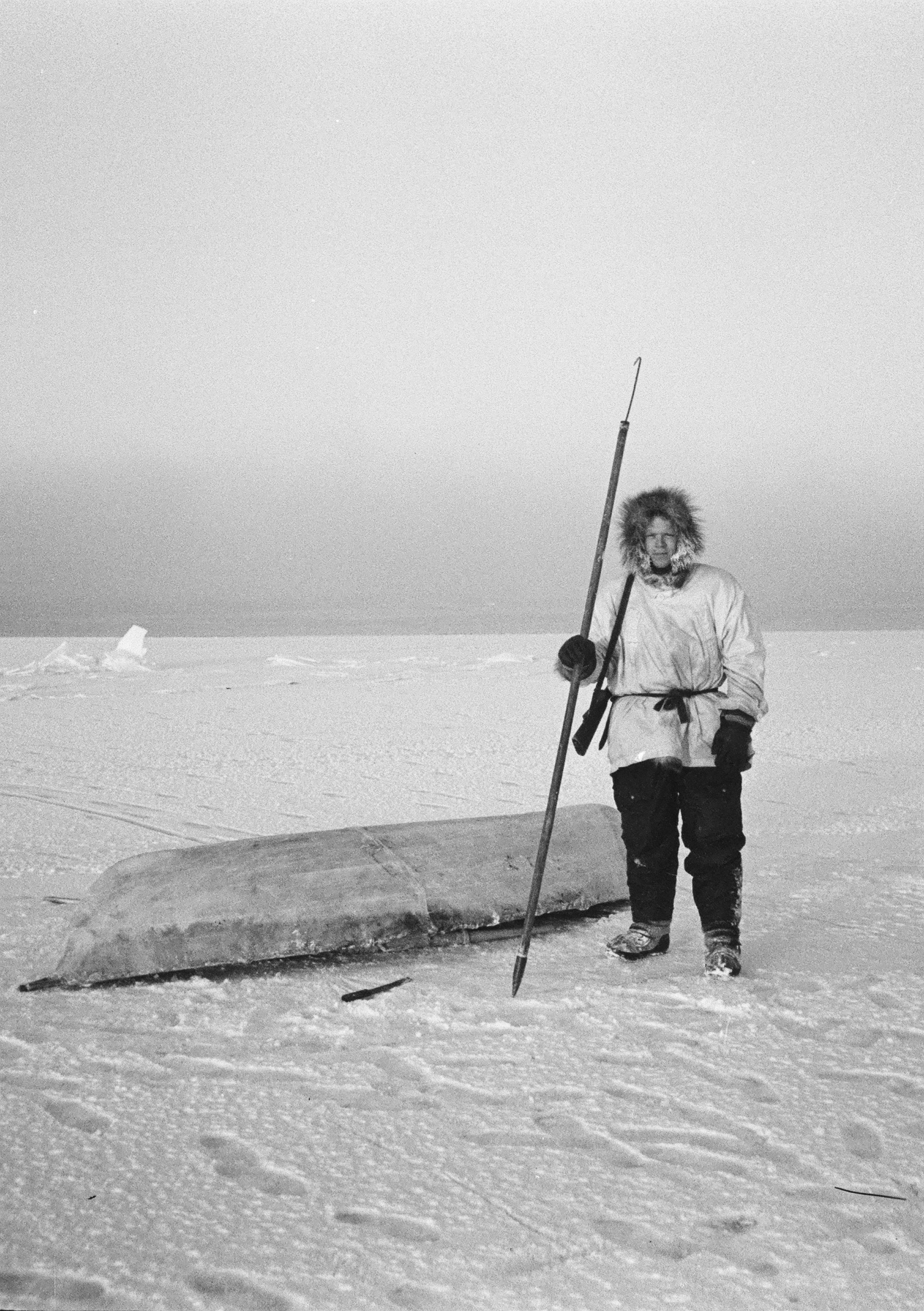 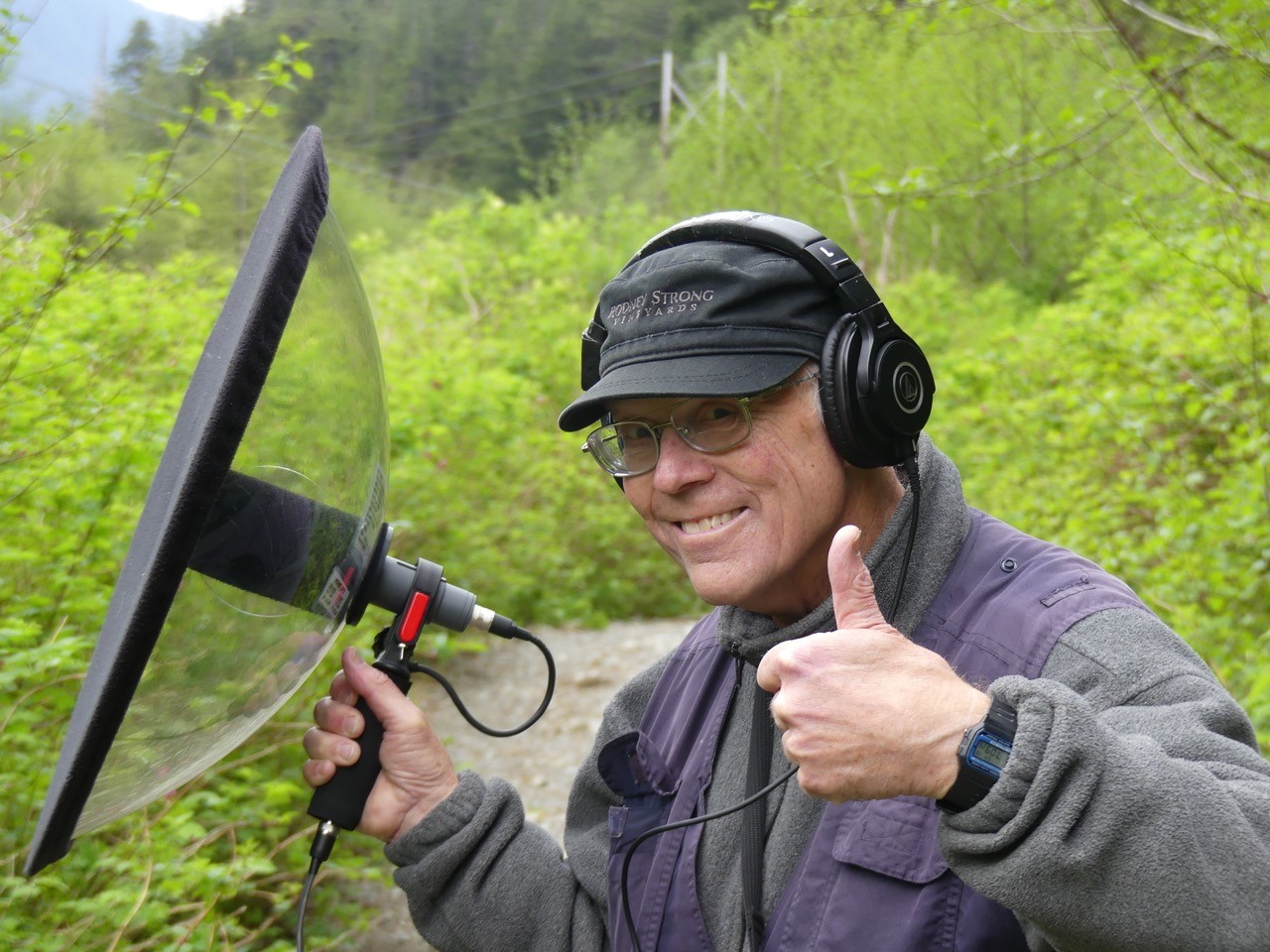 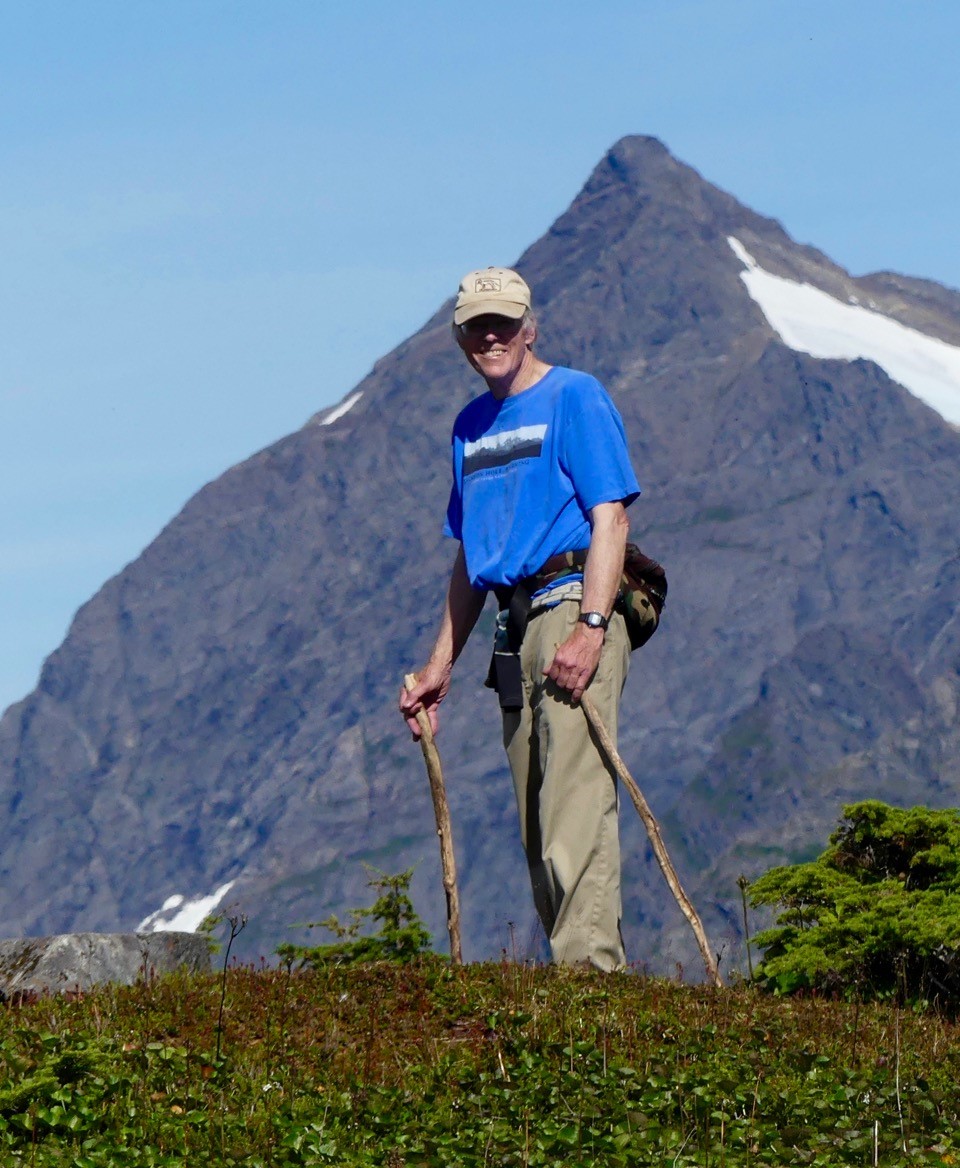 While we're only a town of 9,000 humans, we share our backyard, the Tongass National Forest, with brown bears, ravens, bald eagles, humpback whales and salmon, to name a few. Our front yard is the mighty Pacific Ocean and Mount Edgecumbe, a dormant volcano.

It is guaranteed that you will fall in love with Nels' home: Sitka, the Paris of the Pacific!
Alaska Airlines flies to Sitka from Seattle three times each day (via Ketchikan or Juneau).

The Greater Sitka Chamber of Commerce lists Lodging and rental car and taxi options. Check out AirBnB for places to stay. Waterside accomodations can also be found at Fisherman's Quay.

Like to pedal around our bike friendly town? Rent a bike from Yellow Jersey cycleshop.

Eat out at these restaurants! Enjoy Sitka's seafood from the Pacific Ocean, our front yard.

Charter your own cruise with Sitka Wildlife Adventures.